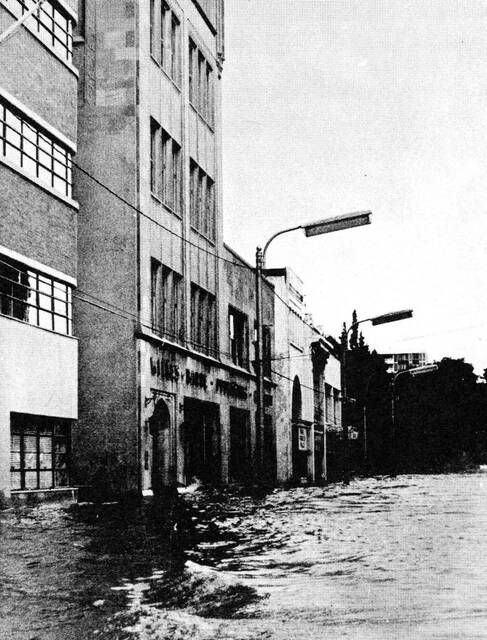 A multimedia reportage project puts Agnès in the center of attention

On June 23, 1972, the rain-swollen Susquehanna River overflowed and the Wyoming Valley was, in the words of a hastily prepared first edition of The Times Leader, “beset by the greatest disaster in its history. …”

The words weren’t exaggerated, as anyone who lived through Agnes’ flood and its aftermath understands.

The story has been told many times, but this time it’s different.

Just as emergency crews and volunteer sandbags worked against time as the river swelled, telling the stories of those who survived Agnes feels like a battle against time.

Because on this 50th anniversary, the number of people who remember is far fewer than when we looked back on previous years. Some of the people we would have liked to interview have unfortunately passed away.

Recording and preserving the stories of those who are still there to remember takes on new meaning as this epoch-making natural disaster recedes into the past like the muddy waters that caused it.

To do this, we have embarked on a project that combines the resources and collective memories of two long-standing local media: ours and those of WBRE TV. We collaborated on interviews with people who remember, including some of our own staff and their families.

As we tell the story, it should be noted that the two news outlets, located in downtown Wilkes-Barre, were, like so many businesses, temporarily flooded out of their offices in 1972.

Our joint 50th anniversary coverage begins with today’s preview and will continue throughout the coming week. It will include daily broadcasts on WBRE, stories in the Times Leader, and special online content from both organizations, including digitally remastered videos, photos, archival stories, and more.

We spoke with locals about their stories of survival, with community leaders who were – and are – responsible for protecting the valley from further destruction, with journalists who have covered the story, and with those who have studied the story. impact of the flood on our communities.

• Like us, WBRE will present today the stories of the week ahead.

• Watch for their reports on the afternoon and evening news programs between Monday and the following Sunday, June 19th.

• We’ll have new stories on Wednesday, Thursday and Friday this week, followed by a special section in our Sunday June 19 edition. Also watch for powerful archive stories in our Monday and Tuesday e-editions this week.

You can also access it through the QR code that appears with this story.

We thank each of you who have shared your stories with us, and we thank our press partners at WBRE for their kind collaboration.

While a tragedy of this magnitude is nothing to celebrate, the many ways The Valley with a Heart rebounded is an inspiring story worth remembering.

We hope the stories we bring to you this week will be inspiring, and also something you can share with your children and grandchildren for years to come.

Nostalgic gadgets: devices that take us back in time