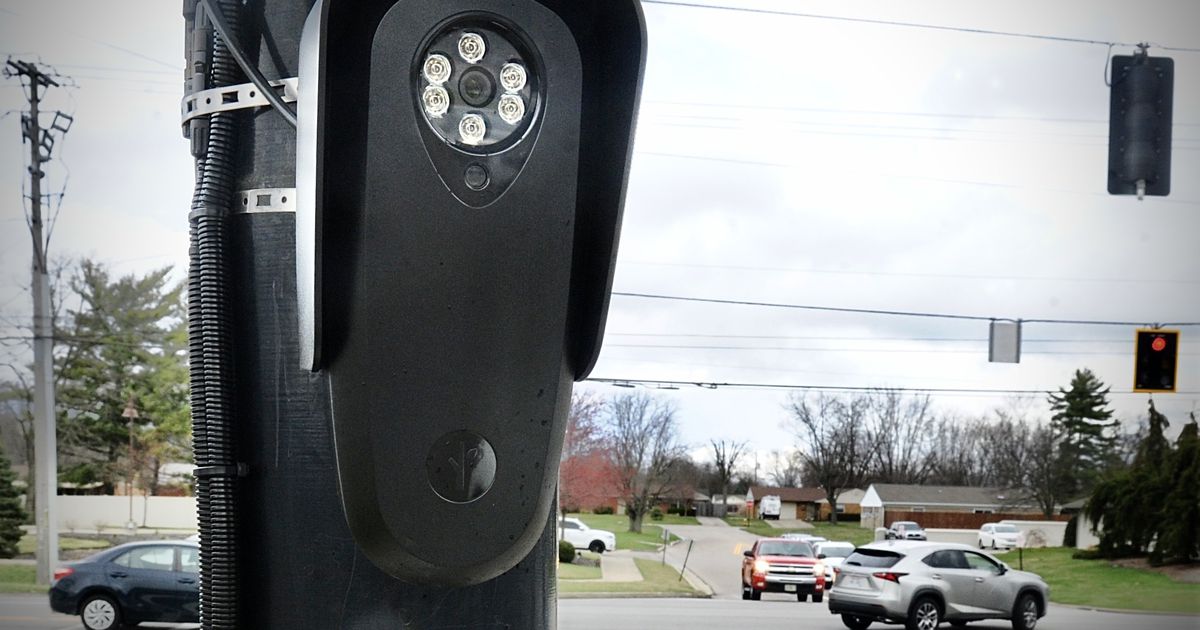 Eight of the 20 responding communities in Greene, Miami, Montgomery and Warren counties said they had installed or approved automated license plate readers from Atlanta-based Flock Safety.

Flock’s plate readers have grown in popularity since the company started in 2017 and are spreading across Ohio. Beavercreek, Centerville, Kettering and Springboro all have fixed camera contracts.

Nine other communities – including Fairborn, Lebanon, Oakwood and Troy – said they had no plans to consider the devices, survey results showed.

Flock, a company that touts 1,200 law enforcement partners, has “pretty dramatically improved the technology in a number of ways,” a company spokeswoman said.

Springboro has 15 and Miami Twp. has eight, while police in Beavercreek, Centerville, Kettering and West Carrollton plan to install more than two dozen combined this spring, officials said.

“Cameras send a real-time alert to law enforcement when a stolen car or wanted suspect known to a state or national crime database enters the city,” the Centerville officer said. John Davis in the investigation.

He noted that they can also send alerts if a vehicle linked to a missing person in an AMBER or SILVER alert is detected.

Franklin Police Chief Adam Colon said since his division contracted 11 cameras in September, “many criminal investigations have been solved with the help of the system.”

Dayton had a Flock pilot program where one neighborhood saw crime drop more than 33%, according to the data. The city has been approached to use the technology by businesses in Old North Dayton, as well as along Stanley Avenue and Wagner Ford Road, records show.

“Businesses have been heavily impacted by illegal drag racing,” according to a police department impact report. “Drag racers are a danger to the community and have caused significant property damage to many of these businesses.”

Since last summer, at least seven communities in the Cincinnati, Cleveland and Columbus areas have contracted with Flock, according to reports.

To explorePOPULAR: US 35 up to one lane sometimes; some road works go until august

The charge per unit ranges from about $2,000 to $2,500 per year, Beilin said. Communities contracting with Flock who responded to the Dayton Daily News survey reported similar prices.

The company handles maintenance, digital storage, software updates and can replace cameras with the latest models, she said.

The cameras use the same technology as cellphones to transmit images, which belong to the contracting jurisdiction, just like the data, Beilin said.

License plate readers have no facial recognition capability, Flock does not share data with third parties and all devices have automatic data deletion after 30 days, she said.

“We understand that privacy is very important” and “we don’t believe data should be retained indefinitely,” she added.

“Thirty days is plenty of time for a detective to investigate a crime…and download any crime-related footage they might need,” Beilin added.

“We advise law enforcement to get rid of data you don’t need as soon as possible so that privacy concerns are kept to a minimum,” he said.

Privacy was a major concern for Kettering resident Sterling Abernathy when that town voted for a Flock contract.

He told Kettering City Council last month that he was endorsing ‘mass surveillance technology which photographs and identifies every passing vehicle’, including ‘the movements of millions of ordinary people, even though the overwhelming majority don’t is not related to a crime”.

To explorePOPULAR: Oakwood’s ‘major project’ as part of Ohio 48 works expected to restrict traffic and parking in future

The board unanimously approved the cameras after putting the issue on hold for a few weeks to answer their questions. Their use will be reviewed later this year, Councilor Jyl Hall said.

“Hopefully (a) six-month review will see that it reduces crime and hopefully reduces costs,” she said.

Protsman and other city officials who have contracted with Flock said they have policies and procedures to deter abuse of the system. Users are required to enter case numbers or codes to retrieve data, and those entries are verified by management, officials said.

But “policies are not enough,” Daniels said. “A policy does not have the force of law.”

Ohio does not have legislation that outlines the use of automated license plate readers and their captured data, Daniels said.

“There is a real gap in, say, privacy awareness and privacy ramifications in government surveillance at our Statehouse and there has been for many years,” he said. declared.

Instead of state oversight, localities using the technology should regulate it with their own legislation, he added.

“Whether it’s state law or local law, we need some kind of parameters there,” Daniels said.

Plus, more time is needed for public scrutiny before contract decisions are made, critics said.

Abernathy of Kettering said the council should have “formally informed citizens, outlining the technology, how and where the system and data is used and how privacy and civil liberty risks will be addressed”.

Daniels expressed similar thoughts. Communities in Ohio are adopting this technology “at this point really on a weekly basis without buy-in or notice from the community,” he said.

Discussions “about how it could potentially violate privacy, (how) it might not violate privacy, what the uses are for” are needed, Daniels said. “But in so many communities, those conversations don’t happen.”

Automated license plate readers are the subject of a Dayton City Commission public hearing on April 20. Police have a contract with Axon to install mobile video recorders in cruisers this year, records show.

Dayton had a 2020 ALPR pilot program in the Twin Towers and Walnut Hills neighborhoods that resulted in a 43% and 10% drop in crime in those areas, respectively, according to the data.

If approved, the devices would be used in specific, requested areas where “crime statistics warrant use” as part of a neighborhood safety plan, according to police.

Roger Stone claims he was ‘censored’ on Trump’s social truth