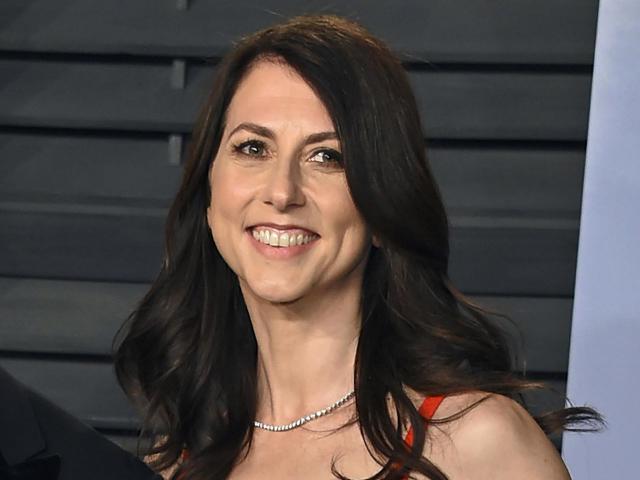 Amazon founder’s ex-wife is giving away much of her $60 billion fortune :: WRAL.com

MacKenzie Scott and Jeff Bezos met in 1992. Scott was an administrative assistant and Bezos was a vice president at hedge fund DE Shaw. She invited him to lunch, and in 1993 they got married. A year later, they quit their jobs and moved from New York to Seattle, where they started Amazon while living in a one-bedroom rental.

However, after 25 years of marriage and four children, the couple divorced in 2019. Even though she granted her ex-husband 75% of Amazon shares co-owned by the couple, Scott still left as the 18th richest person in the world, with a net worth of $60.7 billion.

In May of that year, she joined The Giving Pledge, a movement of the world’s wealthiest philanthropists.

“We each come by the gifts we have to offer through an endless series of influences and strokes of luck that we can never fully comprehend,” she wrote in her pledge. “In addition to the assets that life has nurtured in me, I have a disproportionate amount of money to share. My approach to philanthropy will continue to be thoughtful. It will take time, effort and care. I won’t wait. And I’ll keep going until the safe is empty.

Scott, who is 50, didn’t hesitate to get started, donating more than $4 billion in the first four months. In July 2020, she followed up with a post on Medium about the nonprofits she had chosen to help, noting that she would no longer go by the last name “Bezos”, but her new last name after her Grandfather Scott.

“Following the pledge I made last year to give away the majority of my wealth during my lifetime,” she tweeted.

Following the pledge I made last year to give away the majority of my fortune during my lifetime: https://t.co/Ocb8eU5UR1. (Note that my Medium account is under my new last name – again the middle name I grew up with, after my grandfather Scott.)

In the post, Scott broke down donations by area, giving billions of dollars to organizations focused on racial, LGBTQ+ and gender equity, public health, climate change and more.

This week, she posted an update explaining that following her July post, she asked her team of advisors to help her expedite donations to help those suffering the economic effects of the coronavirus pandemic. COVID-19.

“The result over the past four months was $4,158,500,000 in donations to 384 organizations in all 50 states, Puerto Rico and Washington DC,” she wrote. “Some respond to basic needs: food banks, emergency relief funds and support services for the most vulnerable people. Others address long-term systemic inequalities that have been aggravated by the crisis: debt relief, job training, credit and financial services for disadvantaged communities, education for historically marginalized and underserved people, civil rights groups and legal defense funds that take on institutional discrimination.

Scott said she fell far short of fulfilling her promise and encourages others to use their time, voice or money to help others. You can find a list of the 384 organizations she has supported on her Medium post.

“Our hopes are fueled by others,” she wrote.