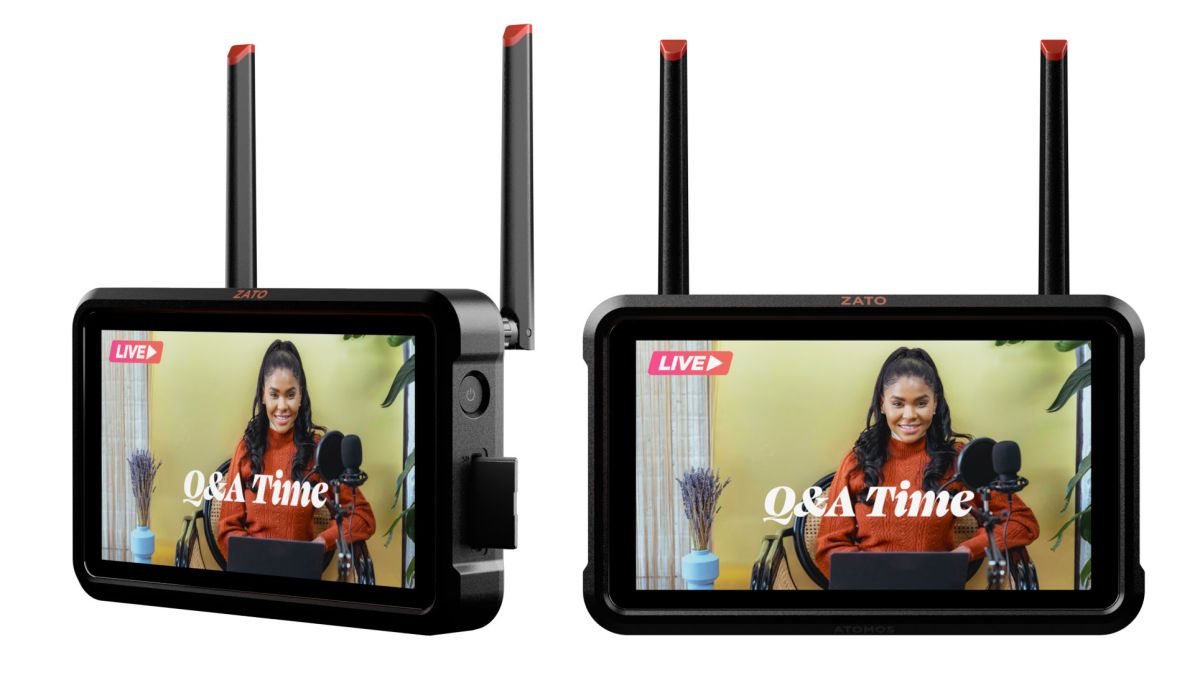 Atomos describes the Zato Connect as a brand new product category. This device acts as a bridge between ordinary video cameras and live streaming and video conferencing platforms.

Atomos says it supports nearly all HDMI and USB UVC sources, with input and output ports for both. It’s small enough to mount on a DSLR or mirrorless camera or it can be used alongside a laptop, desktop or even a game console.

It has its own 5-inch 1,000 nit IPS “SuperAtom” display and features built-in Wi-Fi 5 and Gigabit Ethernet (via USB-C). It can even join cellular hotspots for live streaming in the field.

Power comes from either an NP-F battery or a USB-C power supply. The Zato Connect has a 3.5mm audio jack for adding or mixing audio with the embedded audio in the streaming video, and the AtomOS Lite software has tools for combining sources, recording streams and overlay graphics. A future update will add more Atomos Cloud Studio services – a suite of cloud-based production tools set to launch in June 2022.

The Atomos Zato Connect is actually the second product in the Connect line. It joins Shogun and Atomos Connect devices for Atomos external recorders.

It will use the Atomos Stream service, which will offer free delivery on a single platform from launch, such as Facebook Live, Twitch or YouTube, with a premium “restreaming” service via Atomos Cloud Studio planned for later in 2022 – this will allow simultaneous streaming on multiple platforms.

Atomos’ plan is to make streaming available to all levels of users and all types of video capture equipment, from high-end cinema cameras to DSLRs and mirrorless cameras to iOS devices.

The Atomos Zato Connect is available for pre-order now at $399 (around £318 / AU$558), and anyone who pre-orders now will receive an additional 3-month Atomos Cloud Studio subscription and free NDI® IP streaming activation | HX, worth $99.

Make it like a ‘zikaron’ to me – BC Catholic