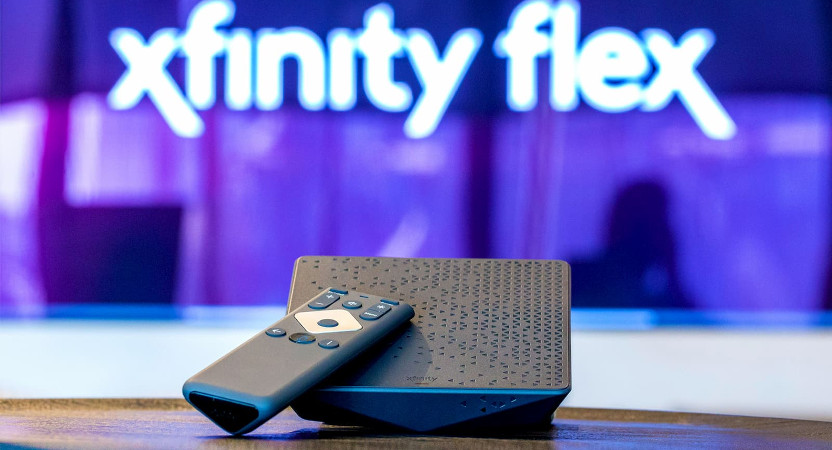 One of the most interesting streaming stories recently isn’t about any particular content or even any particular streaming platform, but an unlikely alliance over the streaming devices consumers use to access those platforms. NBCUniversal’s parent company Comcast has been developing and selling its own Flex streaming devices and XClass smart TVs for some time now, and last week cable rival Charter (the parent company of Spectrum) announced they join the Comcast project in a 50/50 business rather than developing their own. Alex Sherman says more about the implications of this at CNBC:

Comcast and Charter said they have developed a 50/50 business to push Comcast’s Flex streaming platform into more homes across America. Comcast will grant a Flex license to Charter, allowing Charter’s Spectrum subscribers to access the interface. Comcast will also bring its smart TV business (XClass) and its ad-supported free streaming service Xumo to the company.

Charter, in turn, will make an initial contribution of $900 million to fund expenses and expansion. Additionally, Charter will offer devices powered by Flex and associated voice-activated remote controls, starting in 2023. Although Flex is not a new product, the partnership nearly doubles the device’s potential installation footprint.

…Almost every person or family moving into a new house or apartment needs to install home broadband. Comcast and Charter are the largest home broadband connectors in the country.

Hundreds of millions of American households already use a streaming device and may not feel the desire to switch. But Comcast and Charter serve more than 200 million people in US homes combined. Comcast CEO Brian Roberts and Charter CEO Tom Rutledge may be united on a strategy to tell their broadband technicians to connect Flex devices when connecting homes across the country to the Internet.

As Sherman notes, Comcast and Charter have been behind companies that have been offering streaming devices and smart TVs for some time, including Roku, Amazon and Samsung (including research firm Conviva cited as the top three, in that order, in global share of big-screen viewing time, counting both streaming devices and smart TVs, in a Q4 2021 report). They also have some disadvantages compared to those companies: Roku’s advantage is that it’s strictly a streaming/smart TV company, so all of their focus is there, while Amazon can pair its TVs and its Fire Sticks with Prime Video, voice assistant Alexa, and other aspects of their commerce portal, and Samsung has a long history as a popular TV maker. But Comcast and Charter have the advantage of all those Internet subscribers, and a partnership like this between them should significantly boost Flex’s brand awareness and market penetration.

This partnership is perhaps particularly intriguing on the Charter side. For Comcast, that makes a lot of sense; they keep doing what they do, and Charter is initially giving them $900 million to participate, with more to come later, and helping to raise the profile of Flex and XClass significantly along the way. The main drawbacks for them would seem to be that it removes a differentiator between them and the Charter, but a. Flex doesn’t seem important enough right now for it to matter much, and b. Direct competition for Internet customers is often limited, with only certain companies having the infrastructure to offer services in certain areas.

For Charter, that means they’re going to join Comcast’s streaming project rather than launch their own, and that has the downside of not having full control. But it has the advantage of joining something already in play rather than starting from scratch. And these two companies together have a scale that should help Flex gain some brand awareness and market penetration, which could be especially important in the coming years as streaming continues to grow; getting new streaming signups to use your devices or TVs at this point could be key to keeping them with your brand. And on that front, a quote from Sherman relay of Charter CEO Rutledge is perhaps particularly noteworthy:

Rutledge added on Charter’s earnings conference call that it’s only a matter of time before nearly all of the company’s customers will get streaming video rather than cable connected TV.

“I expect most of our clientele to be gradually [Internet protocol],” he said.

Some areas are moving towards this, most notably with DirecTV launching its latest satellite in 2018 and even shifting its conventional TV service to streaming set-top boxes (rather than set-top boxes receiving programming directly from satellites). And ‘most of our customer base’ on Internet Protocol does not necessarily mean that they will all move away from the conventional TV packages offered by Charter; this is partly a change in distribution technology, not a change in content. But it’s remarkable to hear the CEO of Charter talk about where he sees his customer base, and it helps reinforce why they’ve entered into this deal with Comcast to expand their presence on first-party streaming devices.

The other point worth noting in Sherman’s article concerns the long-term potential this could bring for the bundling of over-the-top streaming services into packages for those with Flex devices or XClass TVs. Comcast already offers a $5/month discount on Peacock for Flex and XClass customers, so this will now probably also open up to future Charter Flex/XClass customers (and this should increase Peacock’s subscriber base). But there is also a possibility of possible OTT streaming service bundles from different companies. And as Sherman notes, cable companies like Charter and Comcast have a long history of successfully selling packages. And that team between them boosts their scale and makes them a more attractive connected TV/smart TV partner to work with. Nothing seems imminent there at the moment, but consolidation of OTT streaming services could certainly happen in the longer term, and this deal could allow Charter and Comcast to play a bigger role if it does.

How to Save on Utility Bills with 4 Smart Home Devices