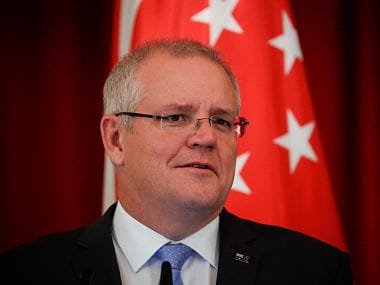 Scott Morrison’s account on the Chinese social media app appears to have been replaced with one titled ‘New Australian Chinese Life’.

But Tencent, the Chinese tech giant that owns WeChat, denied that the prime minister’s account had been hacked or deleted from its platform.

“Based on our information, it appears to be a dispute over account ownership – the account in question was originally registered by someone in the PRC and later transferred to its current operator, a technology services company,” a Tencent spokesperson said.

Morrison’s account on the Chinese social media app, which launched in February 2019, appears to have been replaced with one titled “Australian Chinese new life”.

However, the account contains messages dating back to February 1, 2019, including the first from Morrison, which reads: “I am very happy to open my official WeChat account”.

It is understood that the Australian prime minister had a Weixin account, which must be registered by someone in mainland China, rather than a WeChat account, which is accessible to overseas users.

Fuzhuo 985’s legal representative, Huang Aipeng, told SBS on Monday that the purchase of the account was legal.

There was no immediate comment from Morrison, but a senator from his ruling center-right Liberal Party accused Beijing of being behind the change.

“What the Chinese government has done by shutting down the prime minister’s account is actually foreign interference in our democracy,” James Paterson told 2GB radio on Monday.

Paterson called on Australian politicians to boycott WeChat in response.

Morrison first launched his WeChat account to communicate with Australia’s large Chinese-Australian community ahead of the country’s last federal election in 2019.

That year, journalists asked Morrison if there was a risk that his account would be censored by the Chinese Communist Party.

“We have never experienced such censorship,” he said.

In December 2020, WeChat deleted a post from Morrison who defended Australia’s investigation into allegations of war crimes committed by Australian soldiers.

The Daily Telegraph reported that Morrison had been locked out of his account since then.

All posts from the “Australian Chinese new life” account are about Australian government announcements or posts from Morrison.

Tencent said the company “will continue to look into this matter.”