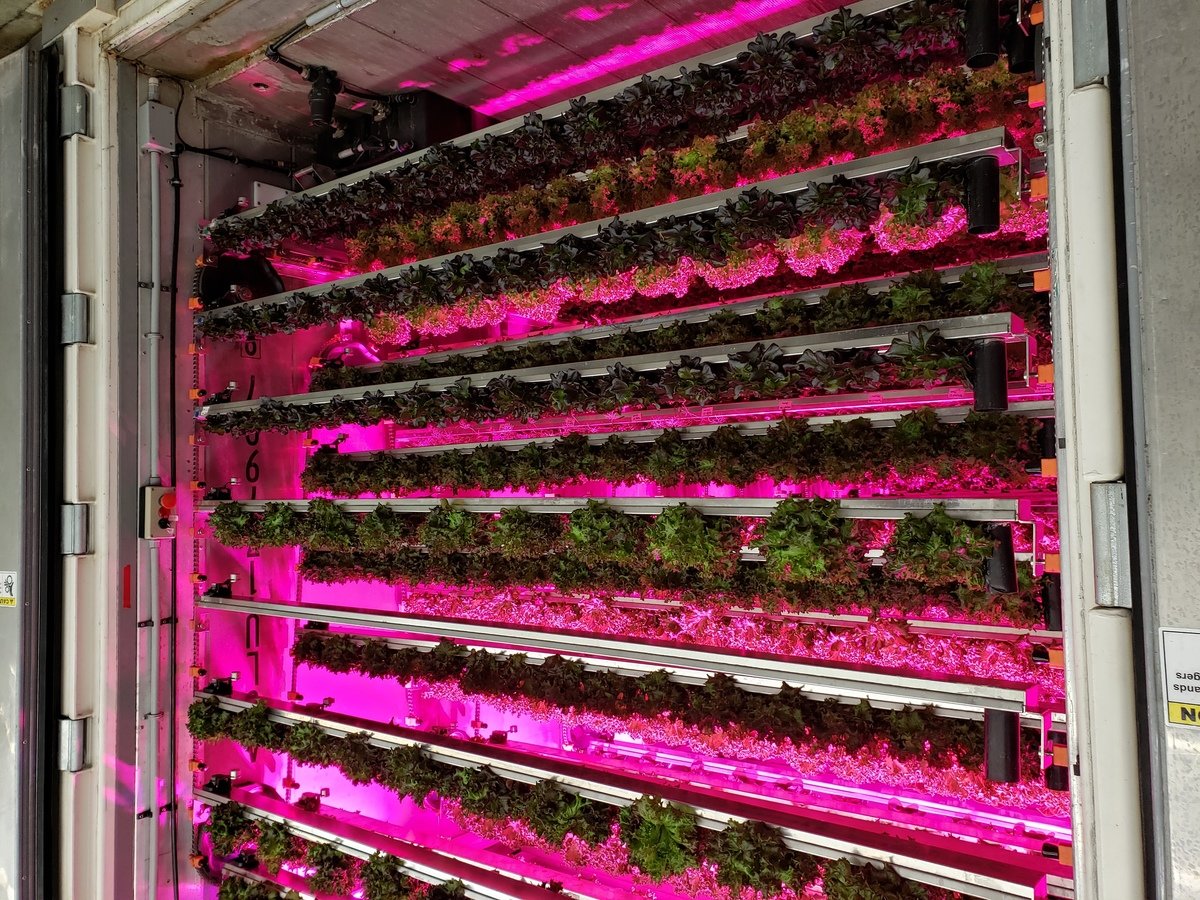 At a time when destructive flooding of farmland and supply chain disruptions are making headlines, it seems timely to take a look at what the future of commercial farming may hold in store for us.

Recently, I attended an event in the so-called agro-technological sector. Of course, the event was hosted by a company eager for media and investor interest, but, that aspect aside, the various on-site presentations and demonstrations highlighted the changes we could see in commercial farming in coming years.

CubicFarms Systems is a local chain start-up, or short chain, of the agricultural technology space. A basic principle for companies in this sector is to produce agricultural products close to where they are sold and used. In short, grow the food close to where it is eaten. A small-scale version of this can be found in some supermarkets in the form of free-standing cabinets that grow items such as alfalfa sprouts.

Of course, the presentation highlighted some negative aspects of long chain agriculture, such as the loss of nutrients when products are trucked thousands of kilometers to consumers, the use of pesticides and waste, in particular water.

While British Columbia was somewhat of a pioneer in indoor growing systems, primarily in greenhouses on farmland, CubicFarms takes a different approach. Basically, he grows items in custom shipping container units. A small group of a dozen containers, along with a preparation and harvest area, can take up about an acre.

Such a cluster of containers does not need to sit on farmland because the soil is not involved. CubicFarms claims that their system is such that a one acre farm is equivalent in terms of production to one. traditional farm of one hundred acres for growing vegetables.

Such a cluster also does not need to sit on floodplains which, as we have seen recently, can be prone to environmental devastation and lead to supply chain issues.

It is the beginning of local agro-tech or short chain high density agriculture, whether for human or animal food. CubicFarms demonstrated both aspects at its October event. He first presented a group of demonstration containers at Pitt Meadows that already produces specialty lettuce varieties for local grocery stores.

In the CubicFarms approach, produce is grown on a conveyor belt system that moves both vertically and horizontally through the custom containers, which are insulated for very strict temperature control. Plants are grown from seed to harvest inside these containers, where they are fed liquid food under strictly controlled temperature and light conditions.

One container is dedicated to storing the control systems and nutrients mixed with the water delivered to the grow containers, with each plant receiving just the amount of water it needs.

A second case, which CubicFarms calls Hydrogreen, came from a dairy farm in Abbotsford that produces high-quality green material that is dried and mixed with hay as part of the regular feeding of a large dairy herd. The feed, mainly sprouted wheat and barley, is produced in a mechanized and automated way and is ready for harvest in just six days, with the system running continuously.

Famous Canadian astronaut Chris Hadfield, CubicFarms advisor, was part of the presentation. He referred to his childhood on a farm and made passionate references to the need for change in how agriculture works. He linked CubicFarms technology to the far reaches of the International Space Station, of which he was the commander.

Hadfield made specific reference to how climate change requires revisiting the basics of farming and focusing on local production and consumption. His perspective is that the work of CubicFarms is helping to push agriculture in the direction it needs to take.

Returning to his childhood working on the family farm and the improvements in mechanization at the time, Hadfield referred to the CubicFarms systems approach to low impact, high quality food production as Tractor 2.0. In particular, he noted how this high density automated vertical agriculture could be used anywhere in the world.

It remains to be seen whether CubicFarms’ approach to local or short chain agricultural technology can be easily replicated and scaled up. Prospective adopters, as well as investors, will want to check out some of the claims made, for example those regarding water use and nutrient content.

As for buzzwords like “to save the planet we have to grow up where we live”, well, it’s hard to say that this kind of vertical farming is the only way to achieve this somewhat lofty goal. and commendable.

At the moment, this is a very interesting and new technology that produces specialty vegetables, mainly high-end lettuce and, separately, a feed supplement for livestock, both dairy and ranching.

We can expect to see more innovations and developments in this sector over the next few years.