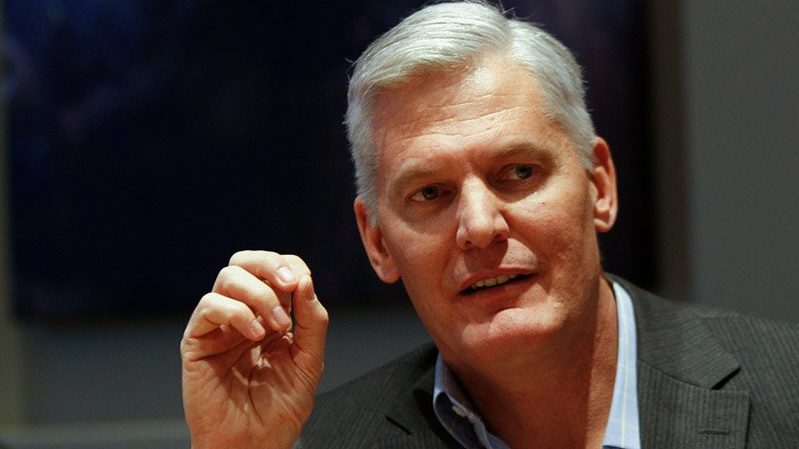 SOUTH Africa’s electricity utility, Eskom, says it will announce a debt management strategy before the end of the year, which could include “green financing” that would become available as it moves away from coal dependence.

Eskom CEO Andre De Ruyter told an annual results presentation that an estimated R200 billion of green finance could be tapped. Eskom has gross debt of R480 billion which costs R1 billion a week in interest.

But he clarified that any solution would not involve asking creditors for debt relief, which Eskom is unable to finance without government support. Net finance charges of R37 billion in the year to end March tipped Eskom’s balance sheet to a net loss of R20.5 billion – the third consecutive annual loss.

“We have no intention of restructuring debt – restructuring has a very specific meaning in the world of corporate finance and it tends to alarm lenders,” De Ruyter said.

“That’s not what we intend to do; we will honor our debts as they come due. But as our debt matures, there is an opportunity to refinance the debt using cheaper and better financing for Eskom,” he said.

There has been speculation about how the beleaguered utility will resolve its debt crisis, including a debt-for-equity swap. But further government guarantees are unlikely given that the sovereign account has its own problems.

Public Enterprises Minister Pravin Gordhan said during the presentation that a “first round” of work looking at debt options had taken place earlier this year, and these were still on the table. A second series of initiatives emerged from a recent social pact negotiated and signed by business, labour, government and community partners.

Those suggestions will be discussed over the coming week, and “within a month or two” there should be some clarity, he said.

Eskom has insisted that more “cost-reflective” tariff increases are needed to make it financially viable despite the tariff quadrupling in ten years. Gordhan said during the Eskom presentation that the utility could not continue to rely on tariff increases to stabilize its finances as it had an important role to play in terms of reducing the cost of doing business in South Africa.

“Something extraordinary needs to be done in terms of debt restructuring or managing debt differently, and once those processes are almost complete, we can give a bit more detail on where we’re headed,” did he declare.

Gordhan said that to get additional government support, the vertically integrated utility must first implement a “roadmap” that envisions splitting it into separate entities for power generation, transmission and distribution. There was to be a “disaggregated” financial report describing the positioning of each of the entities, he added.

Eskom’s chief financial officer, Calib Cassim, said the impact of the Covid-19 pandemic on electricity demand had affected Eskom’s revenues and would cause the utility’s finances to deteriorate further over the course of the year. fiscal year 2021. It would only become profitable again in 2023, he added.

FFA edition: some of my “favorite things”