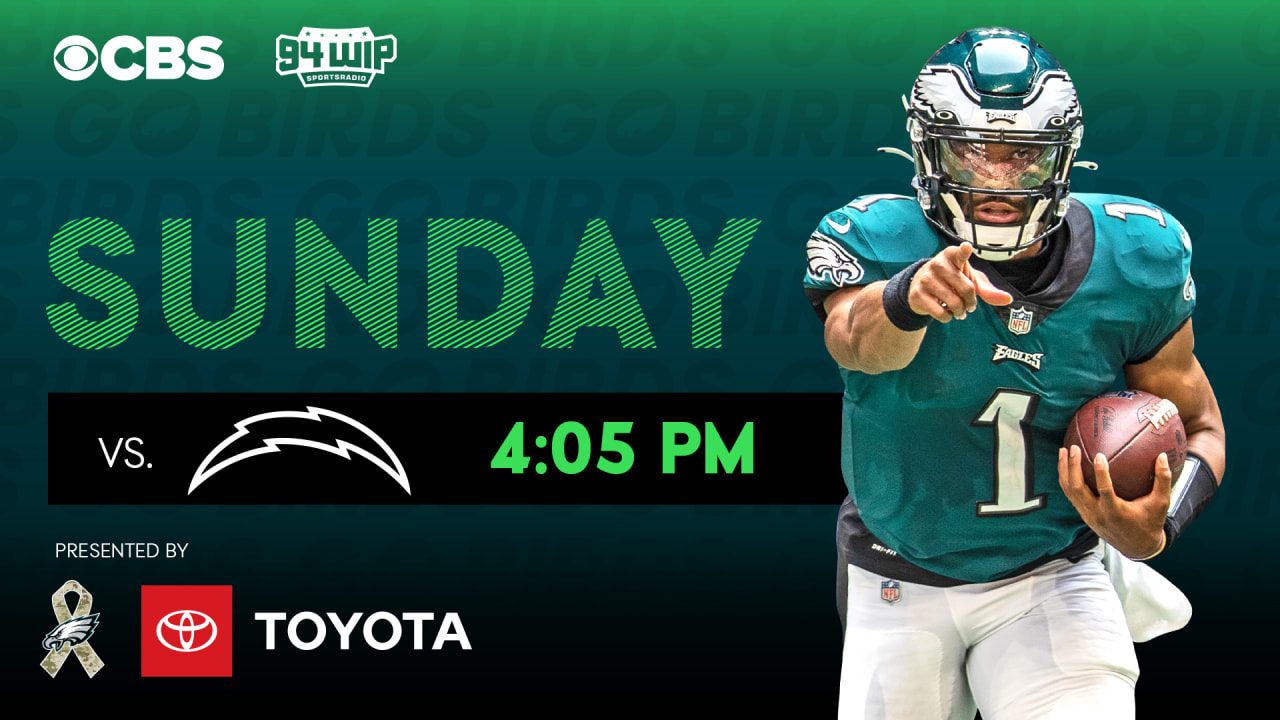 How to watch, listen and stream Chargers vs. Eagles on November 7, 2021

Merrill Reese is in his 45th season as the voice of the Philadelphia Eagles. The NFL’s longest-running play-by-play radio announcer is joined again by Eagles legend and color commentator Mike Quick.

You can listen to the Hall of Fame duo on SportsRadio 94WIP. The desktop version of PhiladelphiaEagles.com/LiveRadio will provide a live feed of the SportsRadio 94WIP broadcast stream which is available nationwide. Fans can also listen on the Eagles app in the Philadelphia Market.

Chargers vs. Eagles can also be heard on Sirius Channel 85 or XM Channel 226.

Once the final whistle blows, join Fran, Dave, Gabriella DiGiovanni and Eagles legend Ike Reese for the Post-game show presented by Ricoh, with instant reactions, analysis and press conferences. Watch live on PhiladelphiaEagles.com, the Eagles app and our social media.

Download the NFL app for your smart TV device, choose the Eagles as your favorite team, and get our best content straight to your Android TV, Apple TV, Fire TV, PS4, Roku, and Xbox.