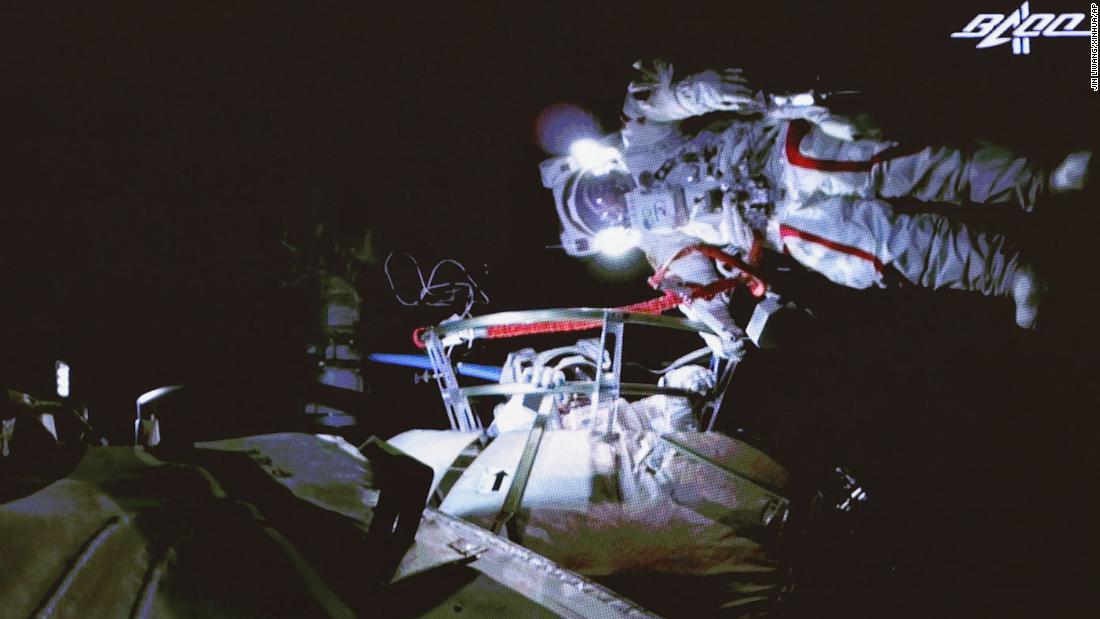 As China celebrated the success of its first spacewalk in front of the new Tiangong space station on Sunday, the country’s leading aerospace company was gaining attention online for a very different reason.

The alleged brutal assault, which took place in early June, was brought to the attention of the general public on Saturday by a report from the state magazine China News Weekly. Chinese leaders have repeatedly stressed the importance of scientific and technological innovation, seeing it as a “main battlefield“to compete with the West. Chinese President Xi Jinping himself has greeted the best scientists in the country as “the national treasure, the pride of the people and the glory of the nation”.

But the shocking fact that Chinese scientists can still be trampled on – in this case apparently quite literally – by an unscrupulous Communist Party official who has apparently gone unpunished for weeks has sparked a mixture of anger, disappointment and shame. .

According to the state media report, Zhang Tao, party secretary and chairman of China Aerospace Investment Holdings, an investment arm of CASC, attacked the two scientists after refusing his request to be recommended for membership in the ‘International Academy of Astronautics, an organization in Stockholm. -based non-governmental organization.

Wu Meirong, 85, suffered a fractured spine, while Wang Jinnian, 55, had several broken ribs and soft tissue injuries all over his body. Both remained in the hospital for a month after the attack, while Zhang “went to work as usual,” according to the report.

On Chinese social media, many wondered why the incident had been kept from the public for weeks and why Zhang appeared to have suffered little consequence for his alleged temper tantrum.

On Weibo, the heavily censored Chinese version of Twitter, users flooded the official CCAC account with angry comments demanding responses for the alleged attack. A associated hashtag accumulated more than 130 million views.
Amid mounting pressure, CASC finally issued brief statement late Sunday afternoon, acknowledging that Zhang had conducted the beating “after consuming alcohol” and announcing his suspension. He did not elaborate on what led to the alleged attack or provide other details, only that the company had sent a team to investigate the incident and vowed to “deal with it seriously according to the results”.

The statement failed to allay public anger. Below the post, the main comments asking why the CCAC did not decide to suspend Zhang until a month after the incident – and only after public outrage – received tens of thousands of “likes.” .

The weeks-long silence surrounding the incident is likely due to increased censorship ahead of the Communist Party’s centenary on July 1.

A week after the alleged attack, China successfully sent three astronauts to its under-construction space station, a milestone proudly celebrated by state media and millions in China.

Under Xi, the party launched a massive campaign to tighten discipline, punishing millions of officials for corruption and misconduct. But Zhang’s alleged blatant attack on scientists revealed an uncomfortable fact for the party that, in reality, some officials still feel entitled to exercise their power as they see fit, treating others with little dignity or of respect – and worst of all, there’s no real way to stop them.

Chinese scientists and intellectuals have had a turbulent history with the Communist Party. In 1957, the anti-right campaign launched by Chairman Mao Zedong led to the political persecution of hundreds of thousands of intellectuals. Less than a decade later, Chinese writers, academics and scientists were again targeted during the Cultural Revolution, and many of them were subjected to public humiliation and violent attacks from the public. the part of the Red Guards.

Even the scientists leading the country’s nascent space program have not been spared the political turmoil. Yao Tongbin, a prominent missile expert, was beaten to death by a crowd in front of his house. Zhao Jiuzhang, chief designer of China’s first satellite, was driven to suicide.

But China has come a long way from the anarchy of the Cultural Revolution and the endless ideological and political struggles of the Mao era. And the alleged beating of the two scientists is meant to be against everything Xi claims his new China stands for.

Like a comment on Weibo said, â€œThe Zhang Tao incident revealed a fact: the rule of law is much more difficult to achieve than sending a spacecraft into the sky.

Photo of the day

Crazy in Love: Ou Yushan of the Chinese women’s gymnastics team on balance beam during the Olympic Games trials from Tokyo to Beijing. The team announced their final roster on Saturday, with the aim of making a comeback after “suffering a historic goldless embarrassment at Rio 2016”. according to the official Xinhua News Agency.

On Monday, the country’s internet watchdog announced an investigation into truck delivery platforms Yunmanman, Huochebang – known as “Uber for Trucks” – and job site Boss Zhipin , and suspended registration of new users for all three applications during the investigation.

In a statement, the Cybersecurity Review Office said this was done to “prevent national data security risks, maintain national security and protect the public interest.”

The announcement comes a day after the Cyberspace Administration of China (CAC) forbidden Didi, the country’s largest ridesharing service, from app stores after saying it posed a cybersecurity risk for customers.

â€œThe Didi Chuxing app has seriously broken the laws by illegally collecting and using personal information,â€ CAC said on Sunday. He asked Didi to resolve the issue with his app to comply with the country’s laws and keep his customers safe.

Didi, who has 377 million active users in China alone, said in a statement that he is complying with China’s demands, removing the app from stores as it makes changes to satisfy regulators. The company said customers and drivers who have already downloaded the app will not be affected.

Didi’s ban comes less than a week after the rideshare company went public on the New York Stock Exchange in the largest US share offering by a Chinese company since Alibaba debuted in 2014 .

According to an analysts note from Shenzhen-based Ping An Securities, Didi is likely under investigation for purchasing certain products and services from other vendors, which Chinese regulators say may threaten the national data security.