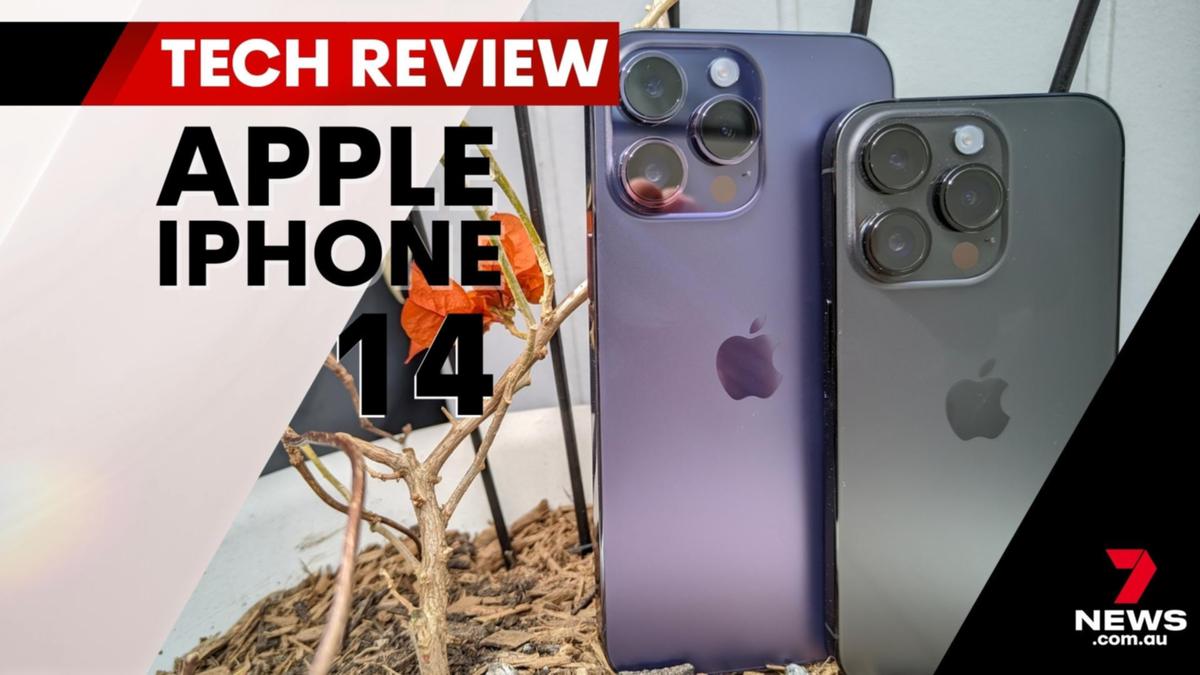 Apple announced the annual refresh of its iPhone lineup in early September with some new additions to the Pro models and the swapping of a Mini for a Plus.

We’ve had the iPhone 14, iPhone 14 Pro, and iPhone 14 Pro Max for two weeks now, and we’re testing them daily with drivers to see how they perform.

Our reviews always remain independent of the manufacturer, and the first time they see the review is when you read it. Keep reading to find out what we think.

How can I get it and how much will it cost?

The iPhone 14 is available now starting at $1,399 in Midnight, Blue, Starlight, Purple, and (PRODUCT)RED colors. The iPhone mini was replaced this year by the larger iPhone 14 Plus. Pricing starts at $1,579.

If you’re planning on getting one of the new iPhones with a phone plan, you can check out our list of the latest deals here.

Who is it good for?

The iPhone 14 series is a rather odd proposition, as the most exciting features are exclusive to the pro models this year. That said, there are still a few improvements to the base iPhone 14 model, like an improved camera and a better display.

But if you’ve already been using an iPhone for two years, you might just want to stick with the phone you have and wait to see what Apple reveals in 2023.

Although we don’t have the new iPhone 14 Plus for this review, Apple said it will have the best battery life of any iPhone to date. So if it’s important, you might want to wait for those reviews to start coming out before making a final choice.

The iPhone 14 comes in at 6.1 inches, which is the same size as the iPhone 13. The display has been slightly improved, as has the camera. The iPhone 14 also uses the A15 Bionic chip (which was used in last year’s devices) and the aerospace-grade aluminum frame.

None of this should make you doubt this model, especially if you’re upgrading from something before the iPhone 11. The improvements you’ll get are worth it.

The screen is a custom-designed OLED panel which is very pleasing to the eye, but in direct sunlight it was a bit difficult to read things on the screen without tilting the phone. The pro range does a better job here.

Water and dust resistance are included, up to six meters for up to 30 minutes.

The most notable upgrade is the camera with a new 12-megapixel main shooter that includes Apple’s ‘Photonics Engine’, which aims to boost low-light performance. The 12MP Ultra Wide lens also benefits from low-light enhancements. The inclusion of a new 12MP front camera improves depth and detail in selfies.

With good lighting, all cameras do a really decent job. Low-light capture is up there with the best smartphones you can buy right now.

Where the iPhone 14 is a winner is the new “action mode”, which records smooth video as you move. Stabilization is impressive, and while some Android phones have had this feature before, the iPhone tends to do video much better.

Finally, the iPhone 14 is much cheaper and easier to repair with the back and front glass being able to be opened – so those accidental drops won’t put as much strain on your wallet as previous models. Well done, Apple.

The upgrade from the base model to the pro is more visible this year, with a slightly new design on the front, a new A16 Bionic chip, better cameras and an updated display.

Starting with what Apple calls “the dynamic island”. It’s the pill-shaped cutout in the display that houses Face ID and other sensors, as well as the selfie camera. While Android devices have had cutouts for years, what Apple has done with the software is smart – making the space more useful.

Alerts, indicators, system notifications, and activity display on the side of the cutout for music, podcasts, and calls. Some notifications also take advantage of this space, but it’s currently limited to system alerts and notifications. Hopefully Apple can open this up to apps like Facebook, Instagram, TikTok, and Snapchat at some point.

A long press on the Dynamic Island notification or alert will bring up additional interactive controls for certain apps and features.

I found this very useful for getting to certain notifications and commands faster, and it’s a welcome addition.

Another big inclusion in the range is the always-on display. Again, while Android devices have seen this feature before, the implementation is unique in that the display looks almost grayed out and not as blank as you’d see on devices like Samsung’s Galaxy series.

Widgets and live activities can be viewed on the always-on screen, and more surprisingly, the battery impact is very minimal due to the display supporting a very low refresh rate.

However, it takes some getting used to, as I found on a night out. As the iPhone was on the table next to me, I kept thinking the screen was still active. It diverted my attention and I ended up flipping the iPhone face down on the table. You can turn off the always-on display, but there are no other dimming options.

Unlike the iPhone 14, the sunlight display is one of the best I’ve used to date. In fact, Apple claims this is the highest peak brightness of any smartphone on the market. I would also believe this statement.

The display is stunning and watching content is an experience in itself, especially on the larger iPhone 14 Pro Max.

Battery life is also worth noting for both pros, with both devices registering solid endurance. If you want the longest battery in the Pros, the Pro Max is the device for you – but the Pro can keep up and comes in a smaller, more manageable size.

The camera gets even more pro

There are also more impressive camera upgrades on the pro models, with a new 48MP main camera and improved low-light performance. Compared to the iPhone 14, the Pro models fare much better in low light.

In addition to the large main lens, we see a 12MP Ultra Wide and 12MP telephoto lens. The front camera is also 12 MP.

That’s a lot of numbers, but in summary – both iPhone 14 Pro models take fantastic and consistent photos and video in both daylight and low-light scenarios. There are certainly slight improvements over the iPhone 13 Pro, especially in night photography, but I also found that some photos would be sharper quite aggressively.

As with the iPhone 14, both pros have an action mode to improve stabilization and produce smooth video when things shake.

On all iPhone 14 models, certain safety features such as collision detection. With the addition of an updated gyroscope and accelerometer, iPhone 14 can detect if you’re involved in a serious car accident and contact emergency services with a voice loop.

The other security feature uses satellites to provide access to emergency services even when you don’t have mobile service. However, at launch, this is only available in the US and Canada.

All the usual features are on board, including 5G connectivity, MagSafe, wireless charging and eSIM.

When Apple announced the iPhone 14 series, reactions on social media were mixed. Although there were always two sides to every argument, I could see exactly where those two sides were coming from.

Since the iPhone 13, or even the iPhone 12, the upgrades seem minimal. But on the other hand, a lot of the improvements come from the internals of the new devices that aren’t so obvious at first glance.

Is always-on display a must for you? Does the dynamic island tickle your fancy and justify splashing the cash? Or is it just the camera and the need for a reliable phone to capture the moment?

This is what you need to keep in mind if you are considering an upgrade.