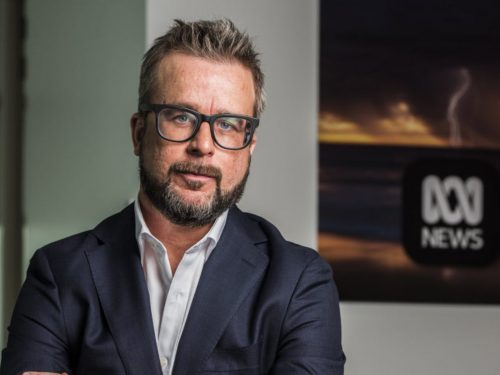 The ABC is pleased to announce that Justin Stevens has been named Director, ABC News, Analysis and Investigations.

Justin brings extensive journalism experience and editorial leadership to the position built over two decades and to senior editorial roles in current affairs.

In his former role as Executive Producer of 7.30, Justin was responsible for directing and managing the ABC’s flagship daily current affairs program for four years.

The appointment is effective from Monday, April 4.

“Justin has a proven track record of editorial leadership on complex issues and events. Together with the ABC News leadership team, Justin will lead the next step in ABC News’ strategy to be more accessible, valuable and relevant to Australians across all platforms, with the highest quality journalism always. in the heart.

“Justin fully understands the challenges and opportunities ABC faces as an essential public service in the age of digital media.

“I would like to thank the members of the ABC News Executive for their support during this recruitment process, especially Gavin Fang, who has done an outstanding job as News Director and who will continue to play a role crucial in the work of ABC. News in the future.

“This is a key appointment for the ABC and it comes amid major current events – the lingering effects of the COVID pandemic, the war in Ukraine, national issues such as the rising cost of life and the upcoming federal election.

“This is a position that requires exceptional editorial leadership, and Justin will be exceptional in this role.”

“I’m incredibly proud to be part of ABC News and it’s an honor to have the opportunity to lead this great team.

“The ABC turns 90 this year and ABC News is a big part of its proud legacy.

“Australians trust ABC News to provide the quality journalism and public interest services they need and which are a key part of a healthy democracy. This work is more vital than ever.

Justin’s first work in the media dates back to 2005 as a researcher for the Nine Network on Sunday and for Geoffrey Robertson Hypothetical.

He joined the ABC in December 2006 and worked as a producer and supervising producer on 7:30 a.m. until 2014. His work there included producing political interviews and key Australian feature films for presenters Kerry O’Brien and Leigh Sales, including with Barack Obama, Tony Blair, Sir David Attenborough, Woody Allen and the Dalai Lama, and working on breaking news coverage.

In 2013, he was producer of the four-part ABC series “Keating: the interviewswith Kerry O’Brien.

In 2014-2015, he was a producer of the three-part series “murder seasonstarring Sarah Ferguson, which won an AACTA Award for Best Documentary and a Logie Award for Outstanding Public Affairs Reporting.

From 2015 to 2017, Justin worked on Four corners, producing programs including the Hillary Clinton Special Interview; a money laundering investigation; the special “Leaders” election; profiles of Clive Palmer and Bill Shorten; and a program on territorial disputes in the South China Sea. He produced ‘The Siege’, the two-part special about Sydney’s Lindt Café headquarters which won the 2018 Logie Award for outstanding news coverage.

In 2018, Justin was named Executive Producer of National Nightly News Flagship 7:30 a.m., leading a team that sets the news agenda, digs into the biggest stories of the day, and investigates and breaks stories of national significance.

Night after night, 7:30 a.m. delivers key interviews with top politicians, public figures and journalists from Australia and around the world. His extensive record of public interest journalism includes long-running investigations into topics such as Centrelink’s ‘robodebt’ program and the Melbourne quarantine hotel inquiry; the latest on grant decisions from former NSW Premier Gladys Berejiklian; in-depth reporting on Indigenous issues; and detailed reports on regional and rural Australia.

Under Justin’s watch 7:30 a.m. expanded its audiovisual and digital audience. In 2021, its national audience averaged 980,000 viewers per evening with an audience share of nearly 13% in metropolitan markets and 12.5% ​​in the regions.

Read the backstory on Justin Stevens.

ABC NEWS is Australia’s most trusted news and information source, committed to providing accessible, relevant and valuable public interest journalism and services for all Australians.

ABC NEWS has newsrooms in every state and territory capital plus Parramatta, Geelong and Ipswich, and overseas posts in Bangkok, Beirut, Istanbul (from May 2022), Jakarta, Jerusalem, London , New Delhi, Port Moresby, Taipei, Tokyo and Washington. It also relies on journalists and teams working in the ABC’s network of regional and local newsrooms across Australia.

ABC NEWS programs and services include: