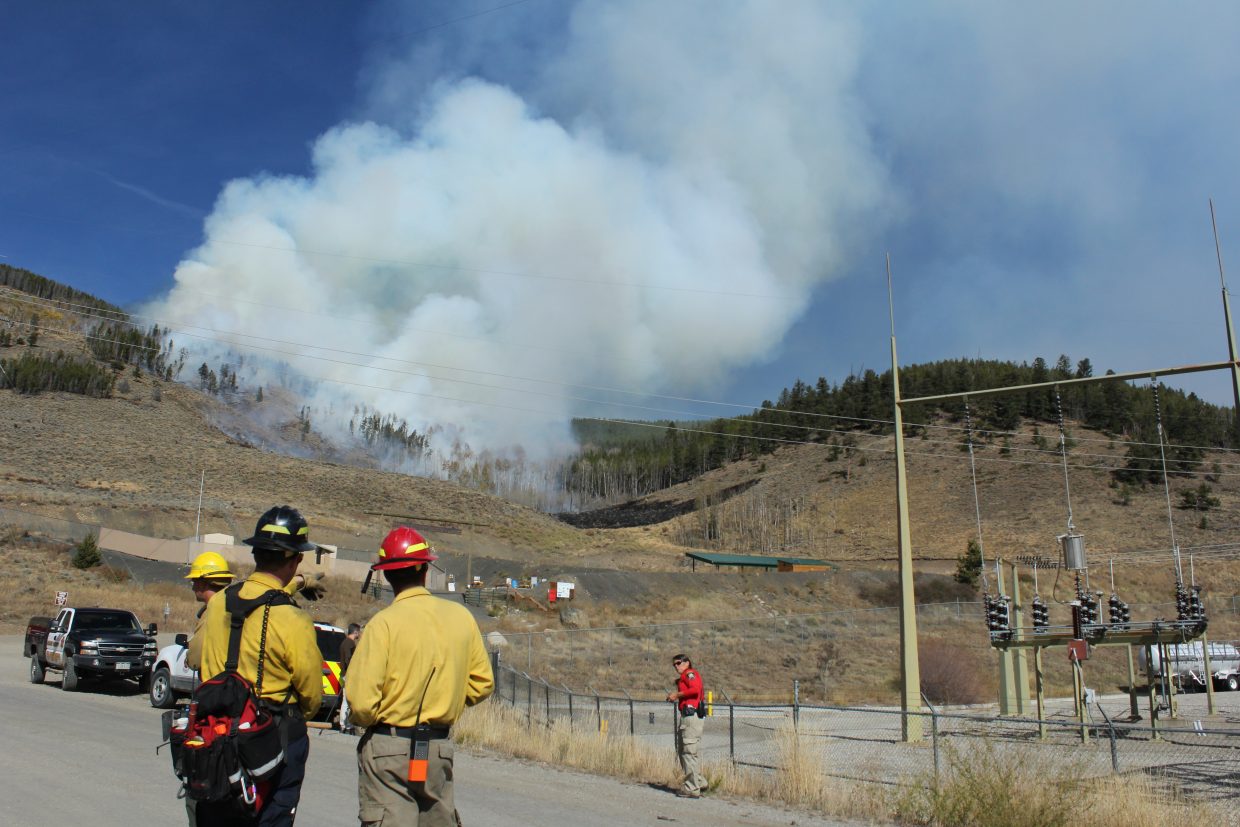 When smoke from a routine pile burning in Keystone billowed into the sky on Saturday, May 7, residents were able to get a sense of the situation from webcams positioned around Keystone Resort. The cameras are meant to inform skiers of weather conditions before heading out for a day on the slopes, but on Saturday they served a different purpose: curious members of the community got a closer look at the smoky situation.

Live-streaming devices like Keystone webcams could one day become standard equipment for spotting fires before they rage and spread across the county. The federal government has earmarked $10 million for the purchase and placement of real-time monitoring equipment for wildfires under the enacted Infrastructure Investment and Jobs Act November 15, 2021.

The act grants the U.S. Secretary of the Interior and Secretary of Agriculture, who oversee the U.S. Forest Service, and in turn the Dillon Ranger District, the ability to purchase real-time monitoring equipment such as sensors and cameras. Additionally, the law sets aside $20 million for the Forest Service to enter into an agreement with the National Oceanic and Atmospheric Administration to use its satellite program for wildfire detection.

The law states that monitoring equipment would be placed in high-risk areas or post-burn areas. Summit County does not yet have such equipment, although Colorado Department of Transportation cameras along state highways have been used before.

Camera technology is new to Colorado, says Forest firefighting projects Director Brad Schmidt at the Center of Excellence for Advanced Technology in Aerial Firefighting. The Center of Excellence and the US Forest Service only began deploying cameras at fixed sites in 2021, and only a small handful exist across the state as part of a pilot project, it said. -he declares. California began exploring the technology in the early 2000s and has thousands of cameras positioned across the state, he said. They can be positioned on radio towers and other high vantage points to see as much of the landscape as possible.

The center’s research involves pan-tilt-zoom cameras, capable of rotating 360 degrees and zooming in on targets miles away. Some companies have explored AI fire detection capabilities – and the Aspen Fire Protection District was part of those pilot programs — but the technology is new and capable of confusing smoke with clouds, Schmidt said. However, when used correctly, three or more cameras working together can identify smoke, triangulate the position of a fire, and help notify the appropriate fire protection district.

The main advantage of cameras in fighting wildfires is the ability to get your eyes on a fire, Schmidt said. He said that with dispatchers receiving multiple 911 calls sometimes containing conflicting reports, the ability to see a fire from his office is a huge advantage. It removes the ambiguity.

In the White River National Forest, most detections come from public reports via 911, patrolling ground crews and scheduled aerial reconnaissance, David Boyd said. The US Forest Service will send patrols when and where it expects a high likelihood of ignition. Incoming thunderstorms are one example, Boyd said. Patrols will venture on foot to a high vantage point or strategic vantage point to try to spot the smoke. Aerial reconnaissance teams can support them from helicopters and manned aircraft.

At this time, White River National Forest officials are unaware of plans to add real-time monitoring equipment. Schmidt also wasn’t sure when Colorado would implement the technology on a large scale. Other driver programs are likely and other issues need to be resolved. The law does not have a specific timetable, although the funds allocated are planned for the financial years 2022 to 2026.