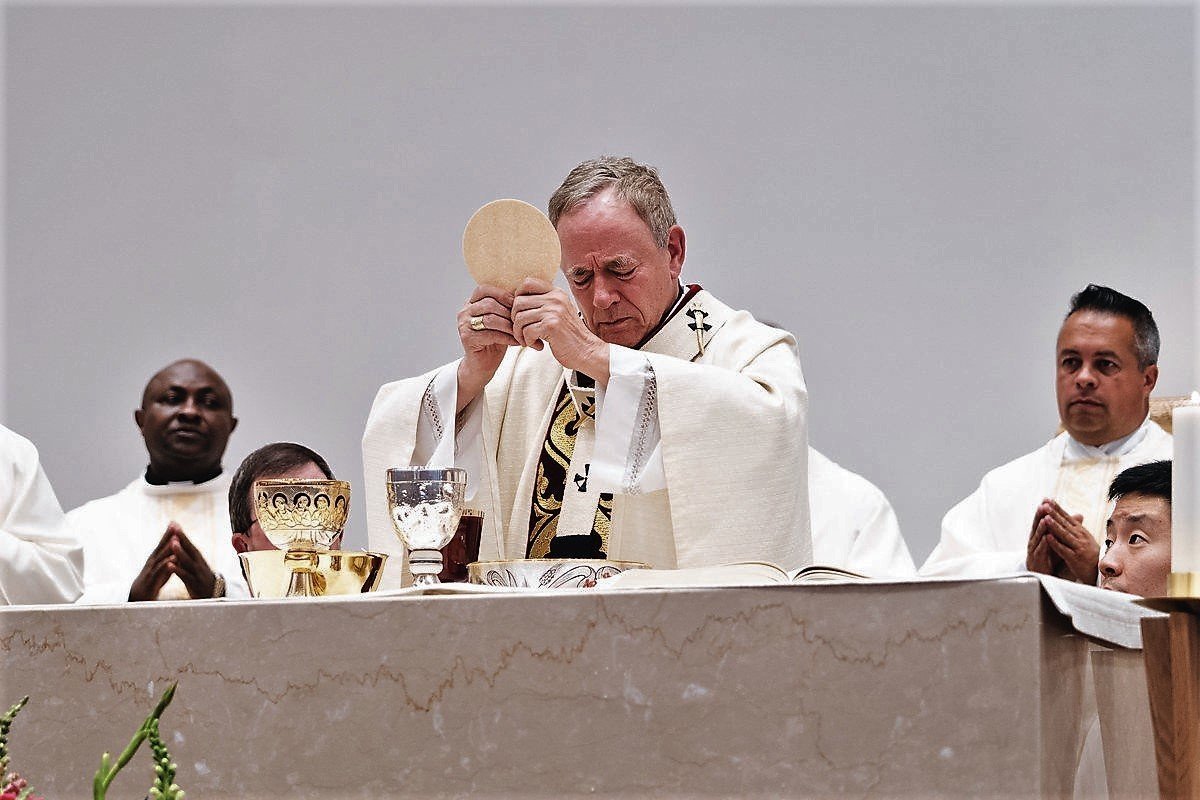 Make it like a ‘zikaron’ to me – BC Catholic

This Sunday we honor the “Body and Blood of Christ” in the Eucharist – in Latin Corpus Christi.

This had been foreshadowed about 2,100 years earlier by the bread and wine that Melchizedek brought to Abraham, and again by the miraculous meal of the huge crowd by Jesus.

Now we have the real thing.

During the Last Supper, Jesus took bread and said: “This is my Body which is for you”; he took wine and said, “This cup is the new covenant in my blood.

To the apostles, it must have reminded what Moses had said when he sprinkled the blood of the sacrifices on the people of Sinai: “This is the blood of the covenant which the Lord has made with you.

But Jesus is God the Son. His words must have in fact realized Where provoked what they meant. What still seemed to be bread and wine was therefore no longer bread and wine, but his Body and his Blood. He said it himself.

Then he added: “Do this in memory of me. To the apostles, this must have reminded them of God’s command to their ancestors at the conclusion of the old covenant: to “celebrate” their exodus from Egypt each year with “a memorial feast”.

(In fact, that was what the Last Supper was. “I have longed to eat this Passover with you before I suffered,” Jesus said.)

However, “remembrance,” “celebration,” and “memorial” do not quite mean what Jesus’ command meant to his apostles or God’s command to their ancestors.

In Hebrew the word is zikaron. The Jews speak of a zikaron of the creation, the exodus or the temple: always a thing or an event from another era, generally from the past. However, zikaron can also mean “repetition”.

A zikaron connects us across time and space to something that might otherwise be lost. Even after the memory ends, this connection remains with us and commits us to its lessons.

For example, “this is how Israel understands its liberation from Egypt”, says the Catechism of the Catholic Church: “Each time Passover is celebrated, the events of the exodus are made present to the memory of believers so that they may conform their lives to them.”

In Greek, zikaron is anamnesis. However, anamnesis has no equivalent in English. “Memorial”, “remembrance” and “commemoration” all suggest a “remembrance” of the past, but anamnesis means make it present, merging the past and the present in now, as if we were living them simultaneously.

In a anamnesis, “we become mysteriously contemporaneous with the event”, says Cardinal Raniero Cantalamessa: “the event is present for us and we are present at the event”.

Accordingly, we supplement “memorial” and “remembrance” with words like “re-present,” “re-actualize,” and “renew,” which focus on the presence of the event for us, or “re-live,” “participate” and “celebrate”, which emphasize our presence at the event.

I like the metaphor of my mother. The sun always shines on the earth. However, each morning, the rotation of the earth re-presents the sun to us; alternatively, we again participate in its warmth and light.

Therefore, when Jesus said, “Do this as a anamnesis of me”, He told his apostles not only to remember or imitate what he had done, but to represent it, update it and renew it so that we can relive it, celebrate it and participate in this .

And that included both his natural words and actions and his supernatural change from bread and wine into his Body and Blood.

Beyond imagination – but not beyond belief – that’s what happens at Mass. Through her liturgy, the Church makes present the Passover of Christ, says the Catechism. We participate in the Last Supper of Christ; we eat his Body and drink his Blood.

Father Hawkswell is now done teaching The Catholic faith in simple English. The entire course is available in written and YouTube form at beholdvancouver.org/catholic-faith-course, and will remain available through the end of August. The father will teach the whole course again from September.