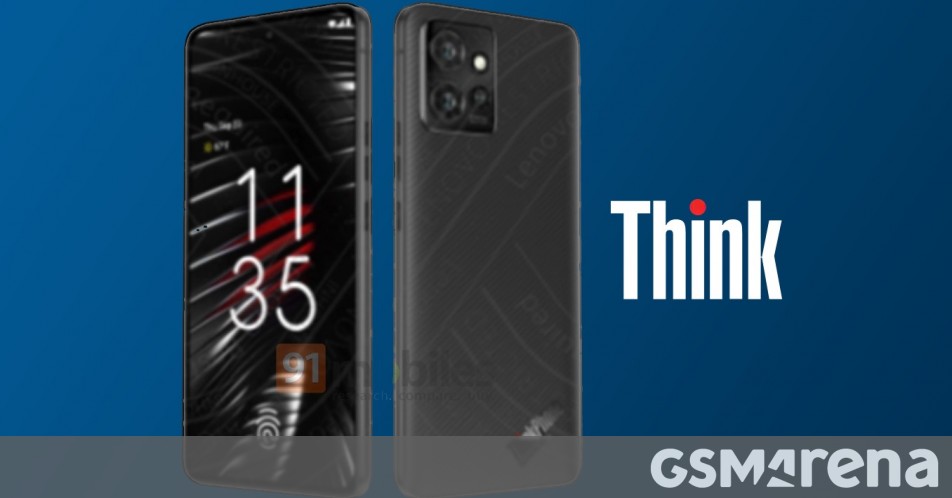 More than 10 years ago, Lenovo introduced the ThinkPad Android tablet, however, the sequel (dubbed ThinkPad Tablet 2) ran on Windows, as did the ThinkPad 8 and 10 tablets that followed in the years that followed. Leaked renders show that the tech giant may be considering tapping the ThinkPad brand again for an Android device.

Well, the branding on the back actually says “ThinkPhone”, but the connection is unmistakable with the brand’s red dot on the “i” (which stands for the TrackPoint the laptops are known for). Lenovo already uses its Legion PC brand for a series of gaming smartphones, the ThinkPads fill a different niche: business laptops. Is there still a market for business phones? ThinkPads also appeal to techies, so this could be an enthusiast phone too.


Motorola “Bronco” – a ThinkPhone or Edge 40 Fusion (or both)

The device shown in the render – the XT-2309, codenamed “Bronco” – could also launch under Lenovo’s preferred brand for Android devices, Motorola. If so, it will likely be part of the next Edge series.

The Bronco will sit below with a similar display and main camera, but only with 13MP and 16MP ultrawide selfie cameras (no telephoto). It will use either the 8 Gen 2 chip like Canyon or the current Snapdragon 8+ Gen 1.

So, if Canyon is the Motorola Edge 40 Pro, the Bronco is the Edge 40 Fusion (here’s a comparison of the current Edge 30 Pro and 30 Fusion). Will the Bronco also be the ThinkPhone? The company will need to acquire a brand for this, which will indicate whether Lenovo is serious about launching a new series of phones or if it will just stick to using the Motorola brand.