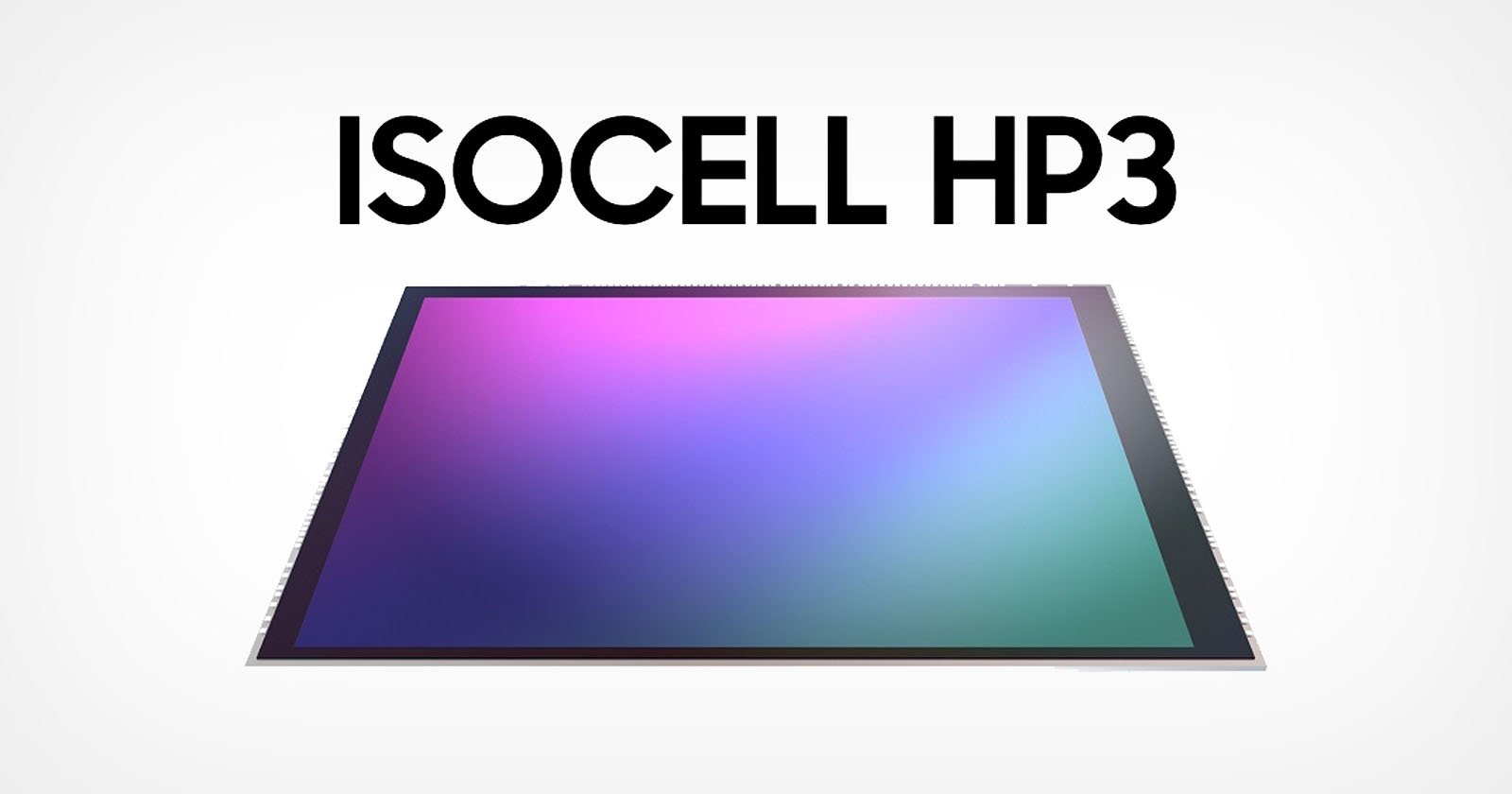 Samsung has announcement the ISOCELL HP3, a 200-megapixel image sensor with 12% smaller pixels, which can result in a 20% reduction in camera module area. It features what Samsung claims is the smallest 0.56μm pixel in the industry.

The ISOCELL HP3 packs the small 0.56μm pixel size into a 1/1.4 inch optical format, which is the diameter of the area captured through the camera lens. Samsung says this means the HP3 can enable around a 20% reduction in camera module area and enable manufacturers to make high-end devices slimmer.

As well as keeping the HP1’s 200-megapixel resolution and making it smaller (the HP1 features a pixel size of 0.64μm), Samsung says it uses the company’s Super QPD autofocus solution. which he says equips every pixel of the sensor with autofocus capabilities. Super QPD uses a single lens on four adjacent pixels to detect phase differences in the horizontal and vertical directions, which the company says enables faster and more accurate focusing on smartphones.

Samsung says the sensor will allow users to shoot 8K video at 30 frames per second (fps) or 4K video at 120fps with minimal loss in field of view when shooting 8K video.

However, the sensor is not only smaller and more precise. Samsung claims it also provides the “ultimate” low-light experience through its Tetra2pixel technology. The company describes it as combining four pixels into one to turn the 0.56μm 20-megapixel sensor into a 1.12μm 50-megapixel sensor, or even lower down to a 12.5-megapixel sensor with 2.24μm pixels by combining 16 pixels in one.

The HP3 also uses Samsung’s Smart-ISO Pro, which merges image information from both low and high ISO mode conversion gains to create HDR images. This latest version of the technology has a “triple ISO” mode – low, medium and high – which Samsung says further expands the dynamic range of the sensor.

Samsung claims the improved Smart-ISO Pro allows the sensor to express images in over four trillion colors (14-bit color depth), 64 times more colors than the predecessor’s 68 billion (12-bit). Plus, by supporting scaled HDR with Smart-ISO Pro, the ISOCELL HP3 can switch between the two solutions depending on the environment to produce high-quality HDR images.

These technologies also existed in the HP1, but their inclusion and even capacity expansion indicate that Samsung believes it has managed to reduce sensor size without compromising the other features that make its sensors popular.

Mass production of the ISOCELL HP3 is expected to begin later this year.