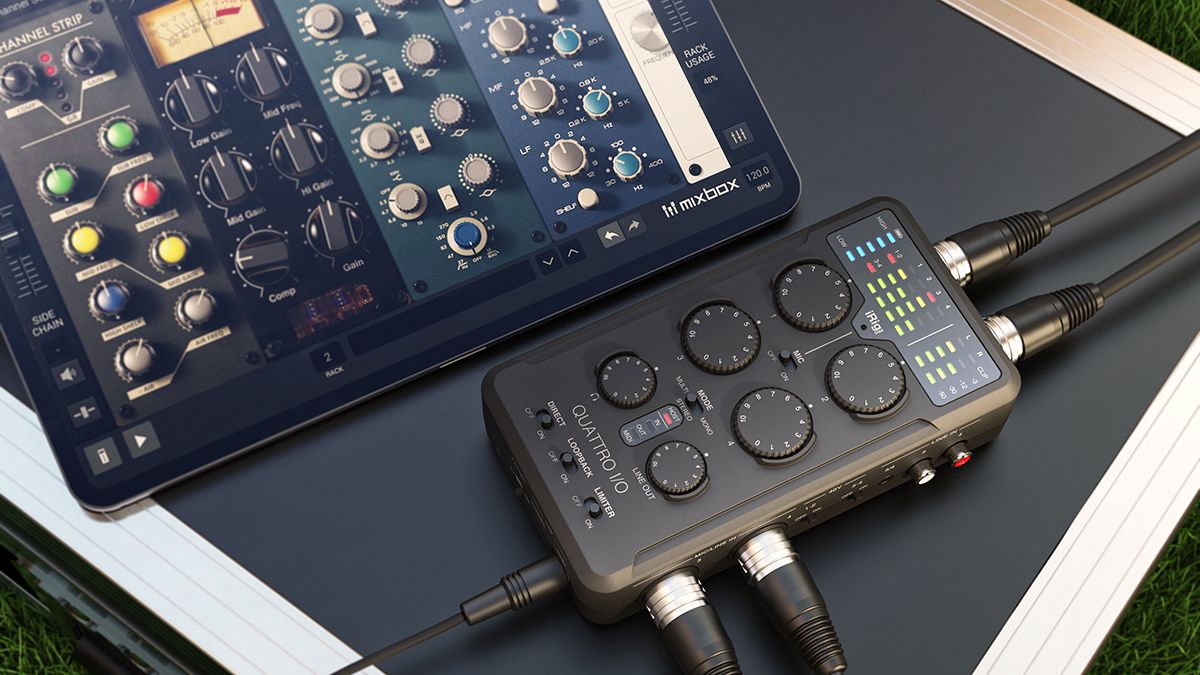 IK Multimedia’s iRig audio interfaces are now very different beasts for the simple iPhone recording adapter that launched the range in 2010. In fact, when you take a look at the new iRig Pro Quattro I/O, “beast” is the key word, because it looks like it could be a field recording monster at 4 channels.

The device is designed to work with your iPhone, iPad, Android device, Mac or PC right out of the box, but it can also be used as a standalone mic preamp or line mixer. It comes with a built-in limiter and offers direct monitoring.

The iRig Pro Quattro I/O also comes with a built-in “digitally enhanced MEM” microphone, and there are optional stereo mic capsules. There’s a stereo mode that mixes up to four audio sources into two channels for streaming or recording, with a mono mode extending compatibility for those who want to stream to social media.

In multi-channel mode, meanwhile, the XLR mic/Hi-Z instrument and mic/line combo jacks or stereo RCA/3.5mm line inputs are respectively routed to channels 1-4 so that they can be sent to separate channels in your DAW.

There are some other thoughtful features too: while the built-in limiter is designed to stop clipping on channels 1 and 2, when you’re in stereo or mono mode, inputs 3 and 4 can be used as ” security “. ‘, recording a backup of channels 1 and 2 reduced by 12 dB.

There’s also Loopback+, which allows you to use Channels 3 and 4 to route mic or line level signals to audio applications so they can be processed, then through the Loopback function in Channels 1 and 2 and in your streaming app. This actually means that you can use any iOS or Android app as a “plugin” for your streams.

On the iOS side, meanwhile, you get fully loaded versions of iRig Recorder 3 and MixBox.

The standard version of iRig Pro Quattro I/O is now available for $350/€350. This includes USB and Lightning cables, batteries, and a 1/4 inch thread camera adapter.

The Deluxe version, meanwhile, is due out in late June and adds two iRig Mic XY pickups, a Rig Mic XY windscreen, a carrying case, and a 9V power supply. It will cost $450 / €450.

Google’s foldable Pixel will have a 5.8-inch exterior display