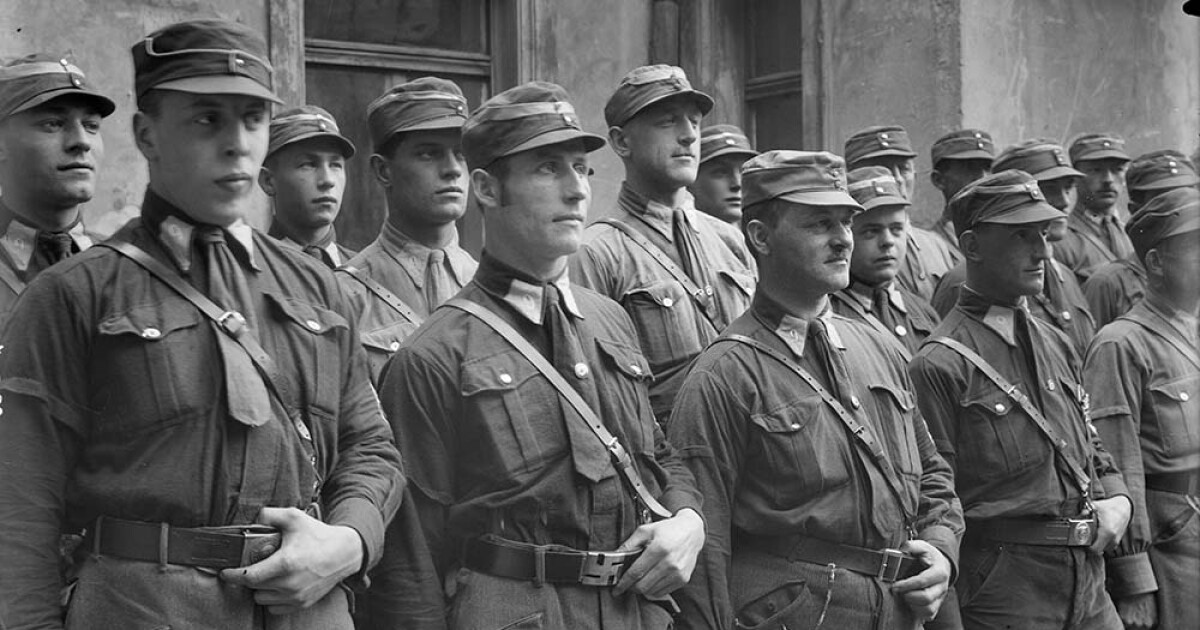 THE UNITED STATES AND THE HOLOCAUST (first of the new series)

THE UNITED STATES AND THE HOLOCAUST, a new three-part documentary directed and produced by Ken Burns, Lynn Novick and Sarah Botstein, explores America’s response to one of history’s greatest humanitarian crises.

Inspired in part by the United States Holocaust Memorial Museum’s “Americans and the Holocaust” exhibit and supported by its historical resources, the film examines the rise of Hitler and Nazism in Germany within the context of anti-Semitism and the global racism, the eugenics movement in the United States, and racial laws in the southern United States. The series, written by Geoffrey Ward, sheds light on what the US government and people knew and did as disaster unfolded in Europe.

USA AND THE HOLOCAUST: Extended Trailer

Combining the first-person accounts of witnesses and survivors of the Holocaust and interviews with eminent historians and writers, THE UNITED STATES AND THE HOLOCAUST dispels competing myths that Americans were unaware of the untold persecution to which the Jews and other targeted minorities were faced in Europe or watched with cruel indifference.

THE UNITED STATES AND THE HOLOCAUST: “Our Neighbours”

The film tackles a series of questions that remain central to our society today, including how racism influences immigration and refugee policies, as well as how governments and peoples respond to rise of authoritarian states that manipulate history and facts to consolidate power.

THE UNITED STATES AND THE HOLOCAUST features a fascinating array of historical figures, including Franklin D. Roosevelt, Charles Lindbergh, Dorothy Thompson, Rabbi Stephen Wise and Henry Ford, as well as Anne Frank and her family, who asked but n failed to obtain visas. in the United States before going into hiding. This unexpected aspect of Frankish history underscores an American connection to the Holocaust that will be new to many viewers.

The film also examines American politics on topics ranging from Calvin Coolidge’s anti-immigration ideology to FDR’s Lend-Lease Bill and how these fights took shape on the home front, including the emergence of Nazi sympathizers. . Some of America’s best-known leaders, such as Lindbergh and Ford, were also among the most outspoken anti-Semites.

Likewise, new light is shed on many well-known controversies surrounding the American response to the Holocaust, including the horrific story of more than 900 Jewish refugees aboard the MS St. Louis, who were denied entering Cuba and the United States in 1939 and forced to return to an uncertain fate in Europe, and the continuing debate over whether the Allies should have bombed Auschwitz.

Americans had heard about the Nazi persecution on the radio and heard about it in the press. Many responded by denouncing the Nazis, demonstrating and boycotting German products. Americans performed heroic acts to save Jews and opposed Nazism at home and abroad. Some 200,000 Jews eventually found refuge in the United States, but many more were denied entry. As Nazi terror escalated, the United States responded by tightening, not opening, its borders to refugees.

“If I Had My Way” said Senator Robert Reynolds of North Carolina at the time, “I would build a wall around the United States today so high and so sure that not a single foreigner or foreign refugee from any country on the face of this earth could scale it or scale it.”

Ultimately, THE UNITED STATES AND THE HOLOCAUST offers little consolation to those who believe that the challenges posed by nativism, anti-Semitism, xenophobia and racism are buried deep and permanently in the past.

“The institutions of our civilization [are] under enormous stress, warns writer Daniel Mendelsohn, who shares his family’s story in the film. “The frailty of civilized behavior is the only thing you really learn, because these people, whom we see now in these sepia photographs, are no different from us. You look at your neighbours, the dry cleaners, the waiters in the restaurant. That’s who these people were. Don’t kid yourself.

The series features interviews with some of the nation’s foremost scholars of the period, including:

Witnesses on camera include:

Episode 1: “The Golden Door (Beginnings – 1938)” airs Sunday, September 18 at 8 p.m. on KPBS TV – Reversing a history of open borders, a xenophobic backlash prompts Congress to restrict immigration. Hitler and the Nazis persecute German Jews, forcing many to seek refuge. FDR is concerned about the growing crisis but unable to coordinate a response.

Episode 2: “Aspire to Breathe Free (1938 – 1942)” Premieres Monday, September 19 at 8 p.m. on KPBS TV – As World War II begins, Americans are divided on whether to intervene against Nazi Germany. Some people and organizations are working tirelessly to help refugees escape. Germany invades the USSR and secretly begins the massacre of European Jews.

Episode 3: “The Homeless, The Tempest-Tossed (1942 – )” Premieres Tuesday, September 20 at 8 p.m. on KPBS TV – A group of dedicated government officials fight bureaucracy to support rescue operations. As the Allies liberate the German camps, the public sees for the first time the magnitude of the Holocaust and begins to reckon with its repercussions.

THE UNITED STATES AND THE HOLOCAUST will be available to stream for free on all station-branded PBS platforms, including PBS.org and the PBS Video App, available on iOS, Android, Roku, Apple TV, Android TV, Amazon Fire TV, Samsung Smart TV , Chromecast and VIZIO .

“History cannot be seen in isolation” says Ken Burns. “While we rightly celebrate American ideals of democracy and our history as a nation of immigrants, we must also address the fact that American institutions and policies, such as segregation and the brutal treatment of indigenous populations, had an influence in Hitler’s Germany. And there is no denying that, although we accepted more refugees than any other sovereign nation, America could have done much more to help the millions of desperate people fleeing Nazi persecution. .

“Exploring this history and putting together the pieces of what we knew and what we did was an eye opener,” says Lynn Novick. “During World War II, millions of Americans fought and sacrificed to defeat fascism, but even after we began to understand the scope and magnitude of what was happening to the Jewish people of Europe, our response was inadequate and deeply flawed.It is a story of great relevance today, as we still deal with issues of immigration, refugees and who should be welcomed into the United States.

“At the center of our story is the moving and inspiring first-hand testimony of witnesses who were children in the 1930s,” says Sarah BotsteinBurns and Novick’s longtime producing partner who makes her directorial debut on this film. “They share heartbreaking memories of the persecution, violence and flight they and their families experienced when they escaped Nazi Europe and somehow surrendered. in America. Their survival attests to the truth of journalist Dorothy Thompson’s remark that “for thousands upon thousands of people, a piece of paper with a stamp on it means the difference between life and death.”