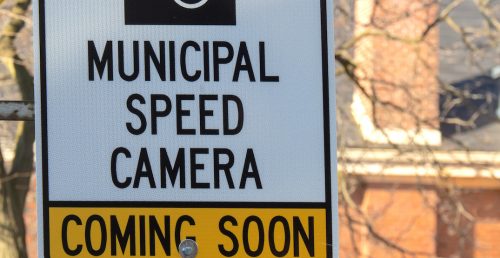 Toronto has even more speed cameras on its streets

Toronto streets are set to have even more speed cameras after City Council approved 25 more machines at its meeting on Thursday.

The new Automated Speed ​​Enforcement (ASE) cameras will bring the city’s total to 75. The existing 50 cameras are already spread across Toronto’s 25 neighborhoods, with two cameras per neighborhood. The additional 25 ASE devices will be distributed in the same way, with one camera in each department.

“Clearly when these cameras go up, drivers slow down,” Mayor John Tory said. “Today’s decision by City Council will ensure that a total of 75 speed cameras will now provide law enforcement and begin work needed to further expand this program. We also continue to take other steps concrete steps to reduce speed in our city by lowering speed limits, improving road design, strengthening police enforcement and raising public awareness.

City Council directed Toronto Transit Services to immediately advance work on the ASE expansion so that speed cameras can be installed as soon as possible. They should be operational later this year.

Existing speed cameras, whose application began in July 2020, are installed near schools in community safety zones. Last year alone they issued 251,410 tickets. According to the City, preliminary data showed increased compliance and reduced speed in these areas.

The City has also asked the Province to allow the use of an Administrative Penalty System (APS) for speed cameras and red light cameras, which the City says will speed up processing times and online service delivery. If approved by the province, the APS is expected to be implemented in 2023.

Google may be luckier on media competition bill