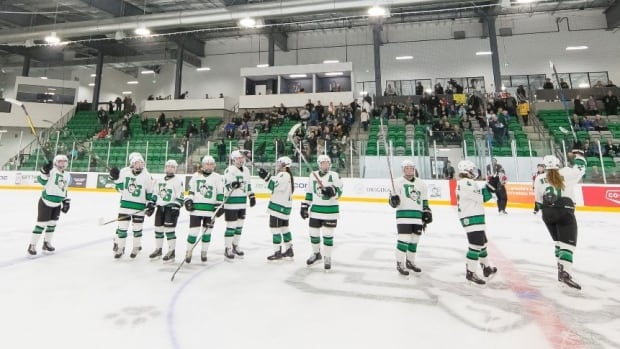 U. of Saskatchewan. launches app and website to stream full season of women’s hockey for the first time in Canada

The University of Saskatchewan has launched a new app and website that marks a historic first for women’s hockey in Canada.

In partnership with Pattison Media, this is the first time that a private broadcaster in Canada has committed to broadcast a full season of women’s hockey.

Called HuskieFAN, the digital hub will provide live and on-demand coverage of the school’s women’s and men’s hockey and football teams. It will also have features on Huskies track and field, basketball, volleyball, soccer and wrestling.

“Being able to follow our women’s hockey team at home and on the road is a big step forward,” Huskies athletic director Shannon Chinn said in a statement.

“We are thrilled with this historic announcement as we continue to work to be number one in college athletics in Canada.”

There will also be weekly coaching shows with Mike Babcock, Steve Kook and Scott Flory, as well as extensive pre-game and post-game coverage.

Babcock, who won two Olympic gold medals and a Stanley Cup as a coach, will make his debut as the head coach of the university’s men’s hockey team in two exhibition games, Friday and Saturday, against the University of Calgary Dinos.