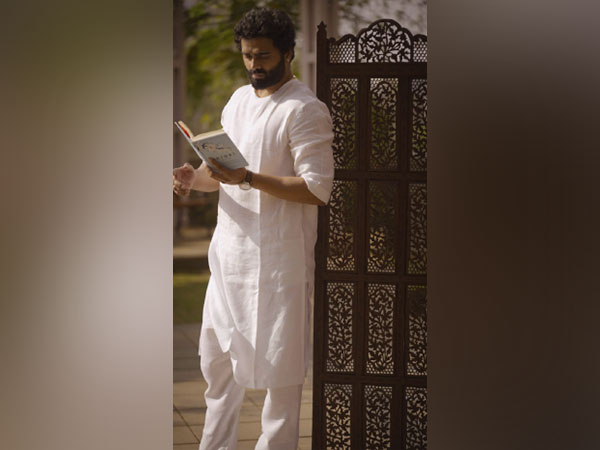 New Delhi [India]May 7 (ANI/GPRC): ZaShe Multimedia owned by businessman-turned-actor and now producer Shreyall Shetty is releasing his first musical film “Jeena Abhi Baaki Hai”, a film which aims to provide a ray of hope and comfort through the fusion of spoken word in the form of storytelling and music to convey that a woman is self-sufficient within herself and does not need outside support to live her life, and that she is fully capable of live it on their own terms.
Jeena Abhi Baaki Hai is presented and produced by filmmaker Imtiaz Ali along with ZaShe Mutimedia and Samraant Virmani, founder of Dehradun Literature Festival and written and directed by an as-ad filmmaker Varun Prabhudaya Gupta. The film stars Divyanka Tripathi Dahiya, Vivek Dahiya, Anupriya Goenka, Madhurima Tuli, Priya Mallick and Rasha Kirmani.
Speaking about the film, producer Shreyall Shetty said, “I feel very lucky to be a part of Jeena Abhi Baaki Hai. There couldn’t have been a better way to start my journey as a producer with such a unique combination. by Imtiaz Ali and Varun Prabhudayal Gupta I feel blessed to be part of this beautiful project.

Samraant Virmani, co-producer of Jeena Abhi Baaki Hai also said: “It’s not just a film for us, it’s an amalgamation of several emotions that we have seen around us for years. Ali sir on board was to leave a strong impact through an audio-visual format for people to understand how different people encounter different situations and struggles and how one step towards a better future makes a difference”
“Jeena Abhi Baaki Hai” is the story of five women who show how as an individual woman to overcome life’s difficulties and mark her own strong presence in society. The film is set to be released on May 9, 2022, with all the featured artists in attendance.
This story is provided by GPRC. ANI will not be responsible for the content of this article. (ANI/GPRC)